The year of the numbers begins. Light codes shake. Bubbles incinerate. Collapse will duality, emptying reaction ability guidedly, pouring fuels of emotion to the ground. Soot will be cleared from hearts to reveal brilliance, a backbone net of responsibilities to come, that strengthens and will strengthen from the bomb waves of the Movement of Love beneath the surface. Liberate will many priced and productised things. You see more clearly artificiality, fraud, falseness and that selected with fear: choices of the acquiescent. You see that both as mirror of yourself and because you have cleared yourself of these parts. So you see through, in order to see through yourself and also everything else. Your job is to build observations in allegiance to yourself, but to interfere matters by your action only by the purest ways you comprehend. See the genuineness of emotions and reactions as the greatest collective task in the year 2018, which is the Armageddon of duality.

React to ash with your hearts. Of this I prepared observations in my previous talk.

So be aware of that which impresses you and that which moves you on your paths. Whose observations can you reach and why? Why do you want to reach them? Do you do it purely out of love or to reach love? Trust? Support? Honour? Importance? Financial benefit? Do you swear? In order to be incinerated the fake must come forward and I say: It really fills your reality. You do this as your responsibility, as your grand will, on the threshold of blooming. You must find your greatest separateness and your own power before you can incinerate your path of learning and lift it up to the fulfilment road of crystallising reality structure of Oneness.

This you do now. You experience the ending of separateness and coming of Oneness in layers and waves, as reactings operate as pushers, pullers, responsibilitators and liberators. Disinformation will block your channels due to this method of operation. In the compression of many pools a pressure for souls and groups forms into evolution. Heart cannot be forced, but heart will force reaction ability to full authenticity. Satisfactory answers stop being satisfactory. Your aim will rise higher. The need to define and know ends. A trust will arrive, that at the same time is a consciousness of to not be satisfied with anything less than that which is most genuine and authentic. Instead of nibbles, happiness will renew as a whole cake. Agape, the love of Oneness, will manifest out of all surrounding reality, without identity tags or ego-preferred, cramped 'product codes' needed in learning.

An atmosphere of blame will hone a Trojan of Light of Movement of Love to raise smoke to the fire of purification, which will betray smouldering, collapsing, to be judged tests, for you to produce observations, to reform base of observations, to sharpen discernment ability and to catch fake. You are doing an extreme service mission as a grand field, where extreme soul seal agreements are also carried out. The greatest, most awakening, most dualistic, most reprehensible, most out-of place and catching forms of the so-called good and so-called evil are tensions supported as unravelling congestion, to seal into the time of change the necessary enormous forces. Seal agreements as responsibilities are most supported and prepared, role performances of the most cleaned souls. React with the feel of the masters. Find out what each tells you about yourself.

The year opens strongly the matters said. What has started will grow stronger, supported paths will strengthen. Of fear or, with in relation to more fulfilling plans, impure choices wanted paths will erode. Coming changes may not perhaps surprise, for a feel or a thread of knowledge exists in the experiencer in those paths too, where one has been forcefully guided before, but which are now meant to transform to new. Hindsight rises value to those feelings, that have been easy to interpret as something else, such as doubt. Deliberate changes to empty. Grace is needed for self and others. Important things have been said about grace earlier here. React.

'Cogwheels'... 'Keys'... Words, synchronicity and symbolism of words: Fill the crossword puzzles and bingo's of your internal guidance. In the year 2018 I will show you new ways to close up out of your consciousness to guidance. Old ways of our support can be disconnected and we have already done some of this. We open higher symbolism and understanding. Many served perspectives will be incinerated. Include always in your guidance your most polished motive in these shaking times of incinerating fake. What is not most important is what you do, but why you do. Motives are more love, at its best, knowing a part of the Creator inside instead of ego. The basis of the Creator is to create the outer with the inner. Ego creates the outer to fill the inner, defining the defined, to cradle itself from outer support. Of this also will studies manifest to paths.

Many are waiting for a grand prediction of love and light for the beginning year. This is it. Closing bifurcation will rise the more visible and experiencable, that is the collective of light, the new matrix, under the new World Order of Light. Embrace the chain of events in love. 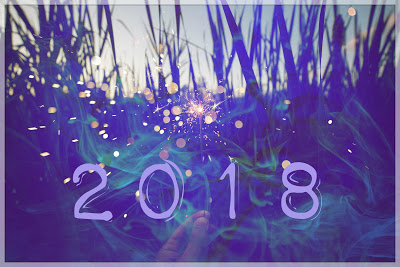