The UFFO that rocks the cradle rules the world

REACT: THE GREAT CYCLE WILL BE RESET

The great ship of evolution is on the move in order to turn. For the reason of the time of soot, Armageddon, exercises in skills of trust open before you, for you to learn to choose love instead of fear.

To choose love in the perfect encounter with fears can empty duality; make inhibitions powerless, release the control power of threats, change disappointments to achievements, enlighten contributions in one's own worked-on responsibilities to be seen as virtues, guide discontent to understanding gratitude, and cradle great grace and compassion. Of this I speak as an inevitable gate for us to renew to Oneness, in the unauthenticity cleaning force of the Global 'bomb', the Trojan of Light.

So the mass seed spells souls in the opened up manner. Waves and codes roar beneath the surface, cleansing, testing the reacting one, triggering, speeding the core to vibrations supporting responsibilities, to polish essences to readinesses and readiness in the spiral staircase of the rising consciousness. From ashes will existence be born: By creating, from burned karma and cinder of reprimand-path achieved, allowed doctrine of change. I now forge ashes into your thoughts as a synonym of the concept 'doctrine'.

Ashes have been brought forward as a base of creating, as end product of depleted cleansing fire. You have heard it to be a readiness expressing construction material of culminating mastery, which, when compacting, crystallises to a polished sparkle of a diamond.

I have talked that waters of consciousness rub lye from ashes.

In my talks I have also referred to metaphors of the Garden of Eden, where in a cosmic, grand, full, booming formation layered essences, in their layered consciousnesses, form One. Ash is natures rightest nourishment in long cycles. Forests burn to feed new growth.

Fertiliser is formed from food also. Manure. A shitty thing, but nature tries to benefit from everything till the end, without being greedy, however. The most real disposition here is the purpose of all: Old material renews to produce new. Your liberty is to judge the ripening ascension crop based on what you see, but even if you saw 'crap' in everywhere but yourself, you cannot be the brilliance and rightness of Eden alone. Not without the waste of others, not without accepting your own waste, not without allowing the whole cycle. Which includes poo.

Ash is the purest form of doctrines. Ash is a unique possibility of possibilities of the great renewal, where all cycles will come to an end, and essence will refine to the freedom of Oneness of not to mirror the doctrines of duality anymore. Consciousness in its brightness will have flow through itself the saluted manifestations without holding on to them. That which is brightened will remove itself from the selections of your experience catalogue. Your reality does not anymore pass on with its reflection surfaces as responsibilities that for which there is no more a contact surface in your essence. Your reacting part will be cleansed.

Ash and the effect of waters of consciousness demands, in order to become lye soap, reality in a human flesh suit, births and deaths, happenings and countless experienced perspectives.

The reason why I yammer here about responsibilities in front of choosing love, will grow open when we have progressed to the path of UFO's. We break consciousnesses forcibly out of the bubbles of duality, in the new brightening of reactings, new, irreproachable reality bubbles of reality honeycomb of Oneness. React with the recognising ability of your hearts, in order to recognise your most prevalent recognising ability. Shelling pretence is the most visible work of the new path in the storming responsibility of mass seed wave. 11:11 gateway started the new path, which will end in cosmic, universal Oneness.

The ship is turning. Fear will incinerate to happiness, compact to love. Understanding of the great form of my skin will crumble from many. Reacting enhancing, shout-making happenings will roll now. React. Grind yourselves to your positions. Those ready: Know to wait. Calm ends for Those Acquiescent. Storm ends for Doers. Create the most grand Phoenix from the ashes of the earth. A work divine make to love. A magic cosmic highway it will make.

This is a Promise, a Petition, a Greeting, a Guidance and an Announcement.

- Metatron, the one resetting the great cycle 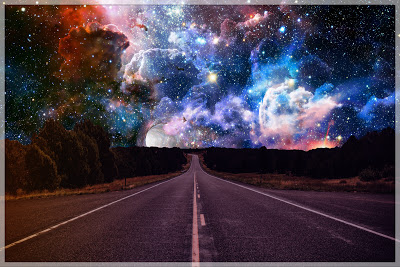